As the legend goes, the Emperor of Wu of the Han dynasty suffered a disease involving skin “sores”. Some oracle about finding a spring water somewhere among the Taihang mountains that would heal him, but that the emperor had to search for it himself. So he rides a white deer day and night, rushing to Taihang mountains, in search of the healing hot spring.  But the Taihang mountains where thousands of miles deep and wide, he travelled up and over the mountains, faced many hardships, searching for the grace of the gods, till he came to Pingshan. And there his deer runs up the riverstream, where undulating clouds are seen, and they find the healing hot spring waters gushing up. So according to legend, Emperor Han Wudi stops there for a few days and bathes daily until his sores are healed.   While the legend of Emperor Han Wudi may not actually be verified, Pingshan Wentang, Hebei is the location of Baoquan shenshui (godly waters) hotsprings and a Wudi Hall exists within the extant hotspring temple, and south of the hotspring there is a Liutai shrine that commemorates the sacred white deer that Emperor Wudi rode. 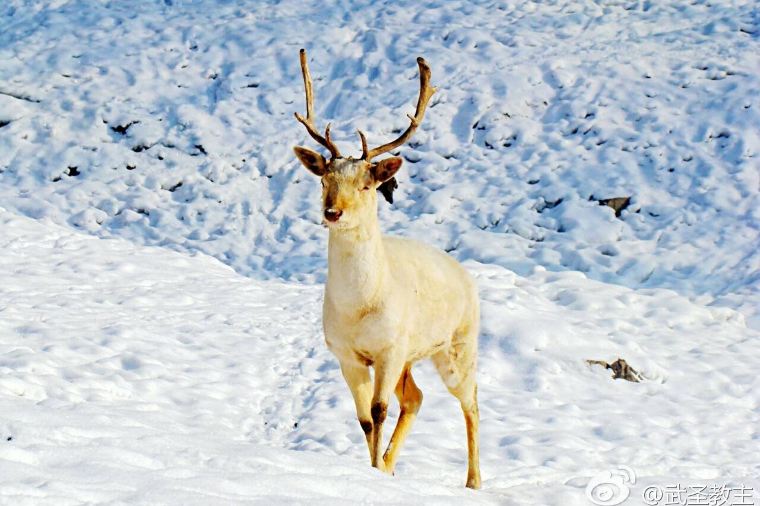 According to another Chinese legend(known in Japanese as  “Hakushika,” which literally means “white deer,”), the Tang Emperor Hsuan-Tsung who ruled from 712-756 and is known as the longest reigning emperor during the culture rich Tang Dynasty, found a white deer one day wandering in his palace gardens. Seeing that this rare and beautiful animal was adorned with a bronze medal indicating that the animal was 1000 years old, the Emperor recognized this as an auspicious sign symbolizing a long and prosperous life.

These legends of sacred white deer beg the question: Was Emperor Wudi a descendant of the Northeastern Tungusic people, that his spirit animal guide should be a white deer?  Or was the Fujiwara ancestor of Wu royal ancestry of Hebei/Shandong? 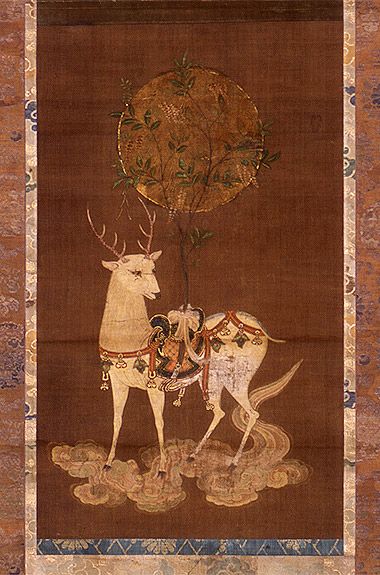 It also begs another question, any relation to the Fujiwara white deer legend of Kashima jinja? Kasuga sacred deer legend:  the deity Takemimikazuchi-no-Mikoto arrived on the top of Mount Mikasa from Kashima Shrine in Hitachi Province (present-day Kashima Shrine in Kashima City, Ibaraki Prefecture), riding on a white stag / OR descended the mountain depending on the version riding a white deer in 768 see Essays on Japan, p 461 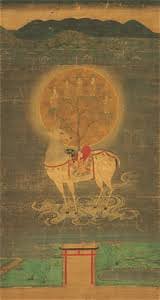 The “Great God of Kashima” rode on a white deer from Kashima, Ibaraki, all the way to the Kasuga shrine in Nara as a divine messenger, and the deer became the symbol of Nara. Kasuga shrine has four main deities and the one of Wakamiya (the New Shrine) is seen as Buddhas standing on the branches. There are also wisteria blossoms (fuji), the symbol of the shrine and the Fujiwara family. Source:

The top part of the mandala shows Mount Mikasa in front of the Kasuga hills.

The Fujiwaras may just have had Amurian or Nanai ancestors (mtDNA N9b haplogroup or D4 Yakut-Siberian pastoralists) who travelled like the reindeer tribal people below:

A reindeer herder on China’s northeastern border with Russia.
Courtesy Wong How Man Source: China’s frontiers: Is there anything left to explore? 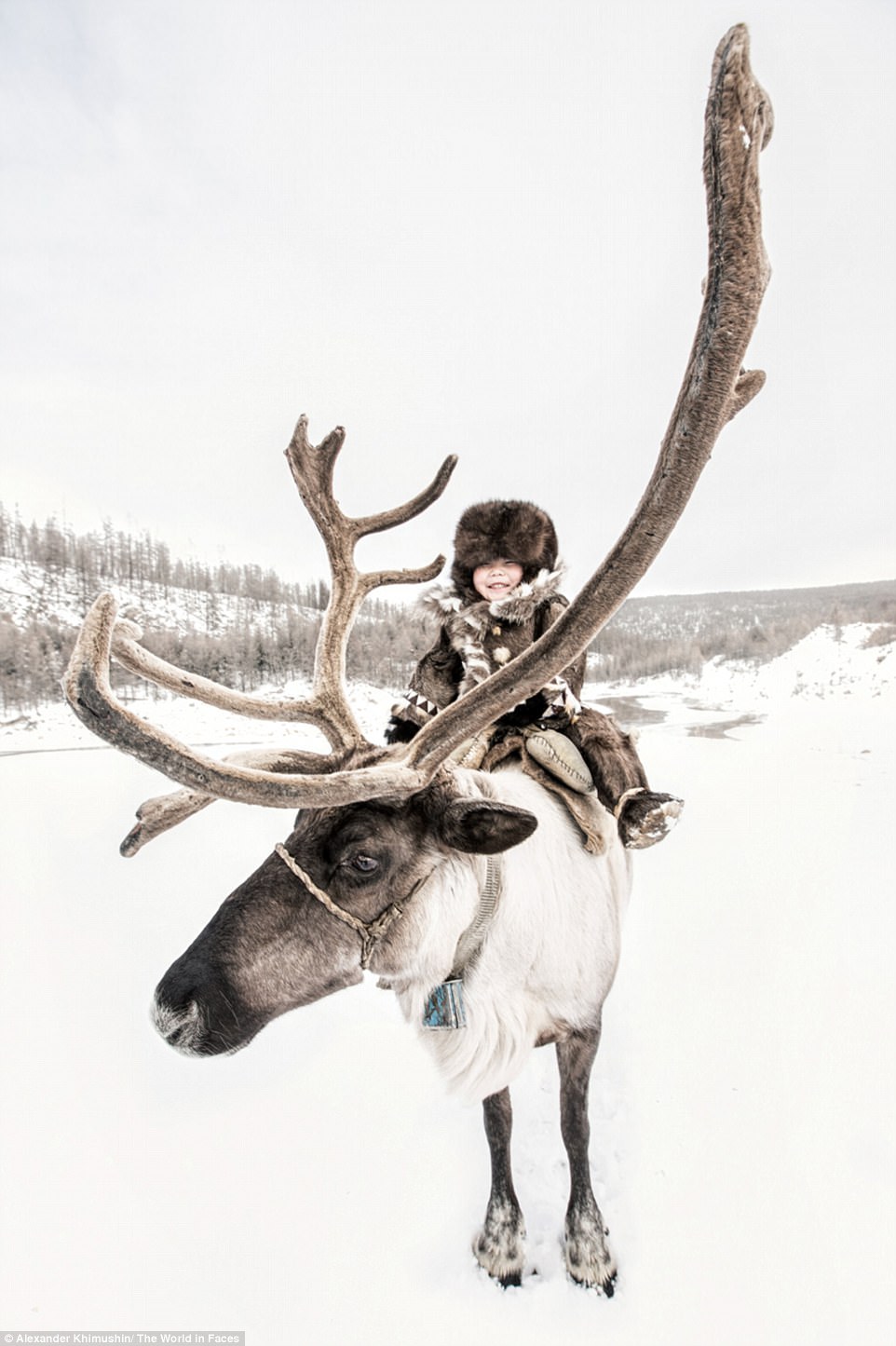