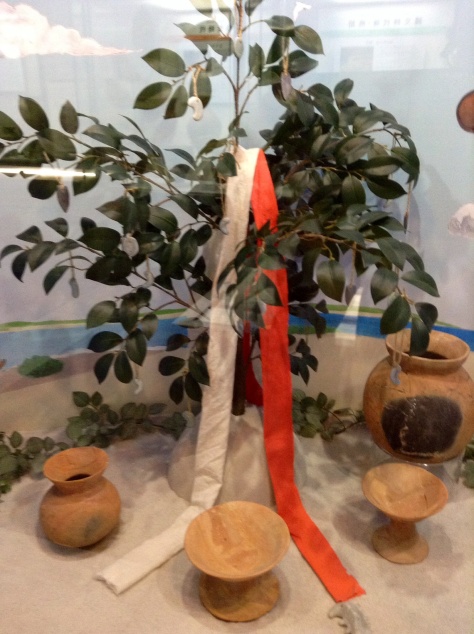 A comparative survey of World-Soul-Mother Tree symbols in Eurasia suggests the idea is a deep-rooted and of deep-in-time-origins that had spread with the migration of humans during prehistoric times.
The Turkic, Yakut Tree of Life
The World Tree or Tree of Life is a central symbol in Turkic mythology. According to the Altai Turks, human beings are descended from trees. According to the Yakuts, White Mother sits at the base of the Tree of Life, whose branches reach to the heavens where it is occupied by various creatures that have come to life there. The blue sky around the tree reflects the peaceful nature of the country and the red ring that surrounds all of the elements symbolizes the ancient faith of rebirth, growth and development of the Turkic peoples.

The (funerary) Mother tree of the Han tombs: 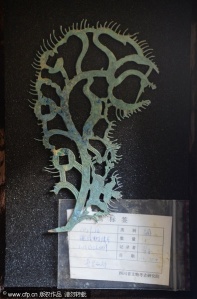 Relics of a bronze tree believed to be able to bring wealth unearthed from the Han Dynasty (202 BC – AD 220) family tombs in Guanghan city, China’s Southwest Sichuan province, Oct 11, 2013.[Photo/CFP]